The theory of eternal existance

Essenceism is a new concept, used only by me so far, meaning an analytical system based on logic, and intended to study singularities beyond time and space in relation to our reality. It is about the analysis of non-material phenomena, called spiritual, in order to put them into a uniform theory understandable in the material world. I called it the theory of eternal existence.

This system is derived from the fundamental assumption that the source of everything is the Original Agent Being. He is the Absolute, Perfection, and the First Cause of everything. In principle, He has always existed, that is, from infinity. It will also last forever, that is, infinitely. In all analyzes of essenceism, I invariably follow this basic premise. I check every view, theory or statement in relation to the necessary attributes of the Original Being, identified in my study with the concept of God-Creator.

This system also analyzes the functioning of the laws that exist in the physical world to help people understand their counterparts in the spiritual world. Although these laws are different, as they operate in different spheres, one in space-time and the other in a sphere beyond time and space, certain conclusions can be drawn about their relationship. Both these legal spheres shape the entire universe and the man living in it. This means that they are to ensure the perfect functioning of the mechanisms of the universe and enable people to reach perfection.

The system analyzes the facts that existed in the universe to determine the meaning of its existence. He does not accept anything by so-called faith, but always asks logical questions, they want to find out the truth. In this respect, he applies all the achievements and modes of operation of science. Religious faith can only be an indication of the direction of research, but it cannot be accepted as reality. At the same time, the acquired knowledge should be logically analyzed and agree with the previously learned laws and principles. All the newly defined principles, and in particular any conclusion resulting from them, must comply with the basic ontological principle contained in the assumption of the entire system of essenceism and agree with its theses.

The system obligatorily performs a logical analysis of religious concepts based on the latest scientific achievements. In particular, it refers to the possibility of the existence of the Original Being as the Creator of All things. It is during the search for facts that testify to his presence that knowledge from theoretical astrophysics and quantum physics may come in handy. By accepting the Active Observer-Creator, it will be easier to accept the necessity of an Efficient Cause for the existence of all things.

In essenceism, the Creator is not an object of faith, but a logical necessity. This is due to the rejection of the idea that the universe was created out of nothing. In this situation, without recognizing the Creator as Necessity, we would be helpless in the face of the existence of the universe, and especially in the circumstances of the creation of matter. The same is true of the existence of life. In this case, the presence of the Creator is also a necessity. Of course, the system checks by logical analysis the truth of the hypothesis that such a Causal Being could actually create the universe, life and people.

The impulse for the creation of essenceism was the conclusion that there must be the First Cause of all things, which is the absolute Good. Such an absolutely perfect Original Causal Being could initiate only good, having nothing to do with evil. Of course, evil cannot exist either in His Personality or in His conception of the universe. So one of the main conclusions of essenceism is: God knows no evil. This statement is used to analyze the majority of religious concepts with which all denominational currents deal.

Principles of essenceism that passed for granted and existential judgments into the Theory of Eternal Existence:

1. The principle of timelessness or eternity (timeless uncertainty) - this is the first of the two fundamental attributes of the sphere beyond time and space.

2. The principle of unstructured (spatial uncertainty), in which there is nothing occupying any space or volume - this is the second fundamental attribute of this sphere.

3. The principle of the existence of the First Cause that fills the sphere beyond time and space and is the source of the creation of space-time I defined this First Cause as an Original Being characterized by the lack of the beginning of the uprising, the absence of anything that could have been before Him, that is, existing from infinity.

4. The principle of the universalization of primary energy is the uncertainty of the state of energy filling both the sphere beyond time and space as well as space-time.

5. Principle of the main force that functions beyond time and space. This force is the power of love. Its source form, that is, the Original Force of Love, emerged from the Personality of the Original Being. It was she who caused the creation of the universe, life and people. Scientists treat it as a starting force known as super power.

6. The principle of the existence of beings in the sphere beyond time and space. This type of existence is a concentration of praenergia formed around a personality center with intelligence, will and emotionality.  This is to be understood as the definition of each of the entities residing in this sphere.  They are separate beings derived from the Original Being.

7. The principle of perfection - every being pursues perfection based on the laws and principles of the Creator, and every spiritual being based on its intelligence, will and emotionality.

8. The principle of the necessary sense of the existence of space-time. This means that space-time is a necessary place of development to full perfection for spirit beings destined for eternal presence in the sphere beyond time and space.

9. The principle of omnipresence - (the uncertainty of the location of spiritual beings in their dwelling place).  All beings existing in the sphere beyond time and space after achieving perfection are omnipresented in it.

10. The principle of communication in the sphere beyond time and space (vision system).  Any communication between beings existing there takes place through the intuitive transmission of the content of feelings or thoughts and also through the imaging of the will in the form of visions taken from the material structures of space-time.

11. All laws and principles that originate from the First Cause that function in a sphere beyond time and space are defined as necessary, eternal and good, that is, according to the original Creator's premise.

Every person from birth carries within himself the greatest value of his life – eternity. In addition to eternity, love also constitutes another, most important value in him. However, this eternity is its basic highway of life. Lack of knowledge about it is a kind of spiritual disability of man. I want to help people find that eternity in themselves ! 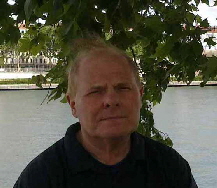 I would like to cordially invite anyone who knows English better than me to notify me of language errors on this website. Especially, I ask for help the „native speakers” in English. - Contact: janusz.m@istota.org

The Original Being has given us His Eternity unconditionally -

The theory of eternal existence - (in English)